When Lorraine walked into Valencienne wanting  a wedding dress, it was the usual  Saturday afternoon appointment and  I thought, ‘A bride with her Mother, Father and her fiancé – What is her fiancé  doing here?’ You see we have never had them as part of the wedding gown design team. This is really quite unusual. Not surprisingly, so to was the brides request for an short, elegant red couture wedding dress. 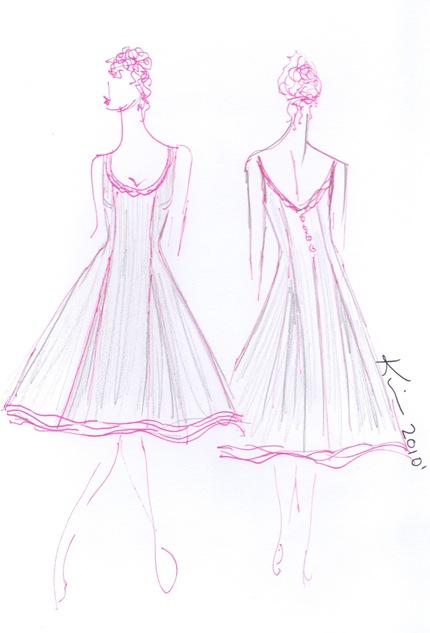 Lorraine had found a picture of the shape she had envisioned herself in and then she and her fiancé Charlie went on the hunt for someone to help  execute this very special dress. It wasn’t long before we all became fast friends and they decided that Valencienne was the place. That appointment was such a fun afternoon, we tried on the usual suspects big and puffy for fun, Sleek and sexy wedding gowns for drama but nothing could change her mind. She wanted to wear short and full like a 1950’s tea dress. It had to be lipstick red, Dad struggled a little saying his daughter has her own personal style and that’s why they knew that Lorraine’s dress would have to be custom,  where else would they find a wedding dress like this in Toronto.

They where getting married downtown at a fabulous restaurant called Colborne Lane and were having a very hip, urban wedding. All the guests were to be drinking cocktails while the wedding was to be preformed by a family friend. The wedding was being broadcast on Skype for those unable to attend. 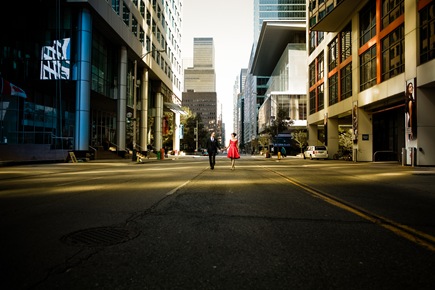 Lorraine wore black pearl earrings, her hair was swept up simply and she topped it off with killer heels. She looked like she just stepped off the front cover of Vogue magazine. Her Photographer, Dmitri Markine is very well known for his breathtakingly beautiful photography.

Sometimes a picture is worth a thousand words… 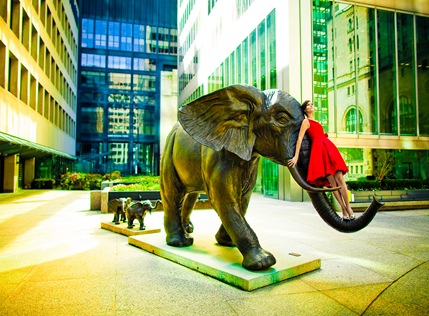 Lorraine’s wedding dress was Silk taffeta, it had deep box pleats on the front and back of the gown  with hidden pockets and  a  scoop neckline. The embellishment was very understated, the neckline was torn rows of matching fabric as was the hem. It appeared that the neck and hem were perfectly uneven – it was very couture. There was also a belt that had a simple matching fabric flower. Lorraine requested that we make a second belt with a fabric buckle – something a little less formal which sweetly became known as the belt she would throw on when going grocery shopping. 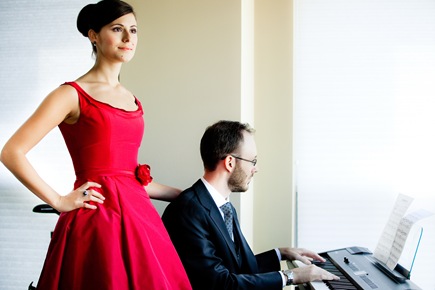 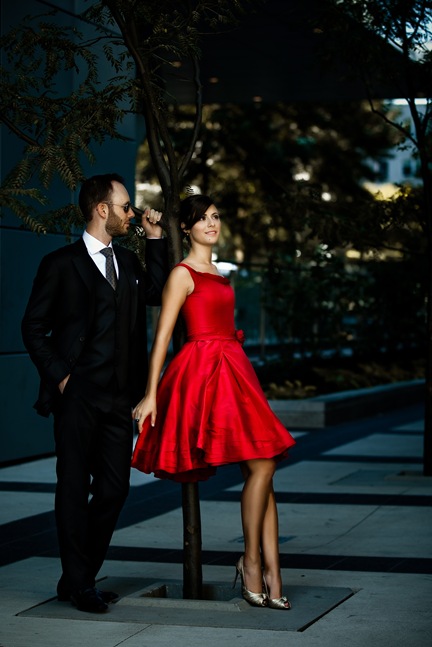 It was pure pleasure working with this family, I got to know them all so well. We also had the honor of making Mrs T a mother of the bride creation. Valencienne created a vintage evening skirt for Lorraine that she took on her whirlwind honeymoon in France. 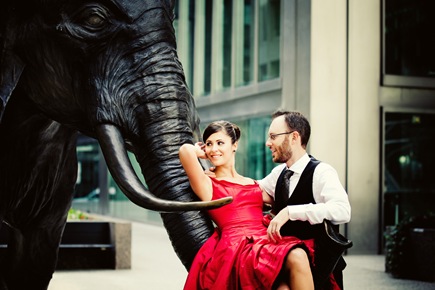 For me, as a designer its always exciting to create for brides that think outside the box and this was one of those times. This dress was thoroughly inspiring and it was exciting to create and so I say ’Thank you Lady in Red’ – Valencienne will not forget you and how you filled our bridal store with your joie de vivre. 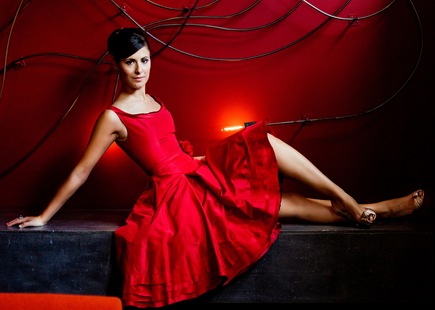 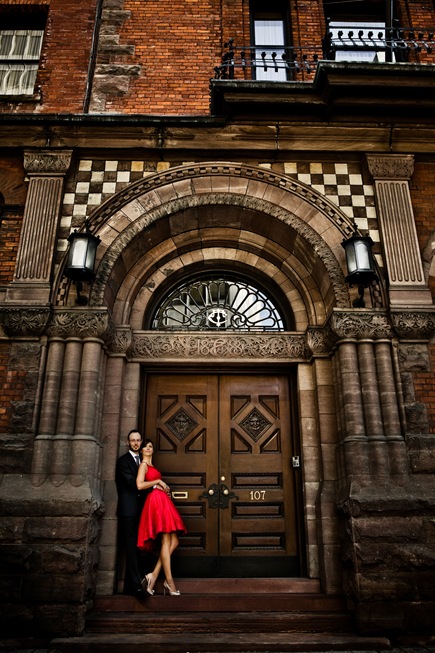